A while ago I encountered some colourful painting on Vancouver Street. There was an obvious design, so I guessed it was intentional, not just random tossing of paint from a can. Initially, I thought it might be "guerilla art", in the same style as guerilla gardening.

Then, a day later, I was again walking the same street, and this is what I saw: I realized I was looking at art in progress; there was nothing dead-of-night about this! Though the paints were there, I could not see the artist.

A few days later, I walked by again.

Finally, the next day, I met the artist, Jesse Campbell, a Victoria mural artist who has done many murals around the city, including some I have shown in posts on this blog. His website is campbellvisualarts.com.

I like the artist's statement on Campbell's site, especially how he phrases his desire to give back to his community, and his acknowledgement of the influence of a teacher in his life. Here is an excerpt:

Jesse spends time mentoring youth on the craft of mural painting and understanding the diverse forms of Indigenous art across North America. Since a youth, he has been inspired by the work of natural historians throughout the world as well as the knowledge of his adopted aunt Bev Haines (Haida) and the knowledge keepers of the territories he has lived. Jesse began taking his art more seriously while being mentored under Alex Clark, a long-time teacher in the Victoria School District who recognized his talent and taught him to live and work in a good way. Jesse hopes to continue passing on these teachings through his art, his collaborations, and his students.

As the sign illustrates, the project is a work of the "Placemaking Network". Another sign indicates that it is being funded by the City of Victoria's Participatory Budgeting Program.

When I spoke to Campbell, he was waiting for the sun to filter light through the leaves so he could capture them accurately on the road surface.

So - what is "Placemaking" anyway? I checked out the website of the Greater Victoria Placemaking Network (https://victoriaplacemaking.ca/placemaking/)

Here is its definition:

Placemaking is the process through which we work together to shape our public spaces. Rooted in community-based participation, Placemaking involves the planning, design, management and programming of shared use spaces. More than just designing spaces, Placemaking brings together diverse people (including professionals, elected officials, residents, and businesses) to improve a community’s cultural, economic, social and ecological situation.

It is a creative but intentional process. Placemaking builds on our growing environmental awareness by helping communities adapt and thrive within our constructed and our natural world.

So, by this definition, Placemaking is intentional. One of the projects the website cites as an example of its effectiveness is the amazing Little Library network throughout Victoria. I have profiled a number of Little Libraries in the past, but more keep appearing. Here are a couple of recent ones I have encountered:

One of the things I like about the concept of Placemaking is that it is oriented to life on the street. Those of us who walk, or use human-powered mobility to navigate streets, do so at a pace which allows us to appreciate the art of the streetscape.

While I think it's fine for the Placemaking network to take "credit" for some of these initiatives, I am certain that there is a mindset in Victoria that equally contributes to the desire to create interesting things. It's an organic, "bottom-up" process that results in a multitude of touches and details.

Placemaking is oriented to public spaces; here are a few examples of privately initiated placemaking that I've encountered:


Parks are part of our shared places Victorians enjoy. I've featured Beacon Hill Park many times in this blog; here is a smaller one.

The next series of images reflects the contribution of an unknown individual to the life of Dallas Road. I believe these masks are from a personal collection. 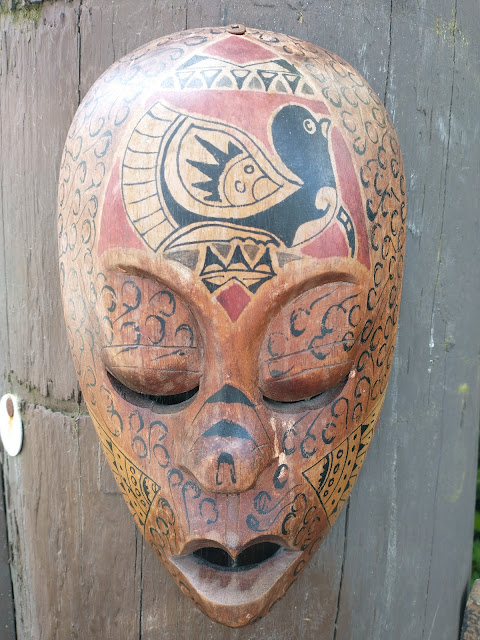 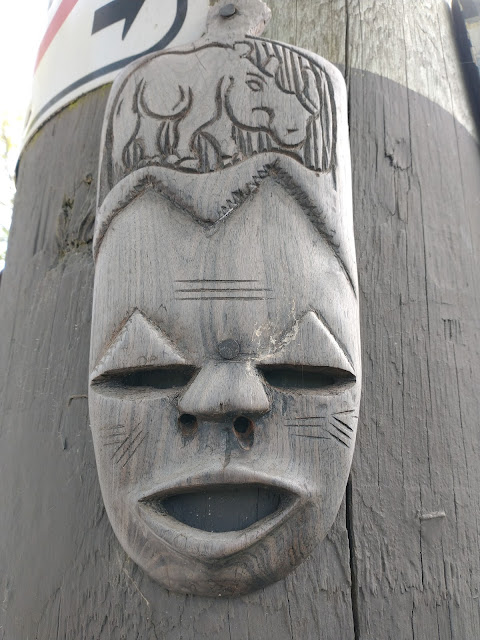 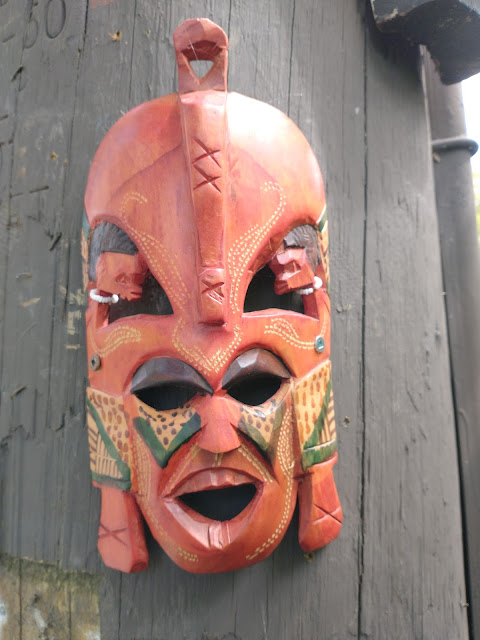 I will finish off this post with a few examples of detailed crafts-person-ship, which I think helps contribute to a sense of place.
Here are a small selection of images which have pleased me recently.


While the Placemaking network might be looking for more public space oriented projects, I think these examples of individuals making their spaces unique adds to the richness of Victoria.

A Rainbow of Colour

The colours of Pride Month are prolific in Victoria -- both conscious acknowledgements of Pride, and unconscious revelry in the joy of colour.

I received feedback that people liked my May post on colourful art, so this is a reprise, looking at the amazing homage to colour that I see everywhere in this city.

And now, to a few commercial buildings with wonderful splashes of colour.

In this post I'm focussong more on public, rather than private, examples of colour, but I can't ignore the vibrant rainbows of colours in James Bay. Here is a small sampling.
I've devoted a few posts in the last few years to murals. I'll include a only couple of examples here.

Accessing My Friday AM Columns

Since June of 2019 I have had a column in the Salmon Arm publication Friday AM. The columns can be found at this link: https://drive....

Sarah Weaver
I write about what inspires and gives me joy, both in nature and in the human built environment. Often I write about my experience on BC's western coast, where I currently live.